The bill’s author, Bob Goodlatte from Virginia had this to say on the passing, “The House Judiciary Committee today approved the AG Act to replace the broken H-2A program with a reliable, efficient, and fair program and provide American farmers access to a legal, stable supply of workers for seasonal as well as year-round work. These changes will help ensure that our meat and produce continue to be grown in America and that our nation’s agricultural industry thrives in the global marketplace. I look forward to continue working with Members of Congress on this bill so that farmers can continue growing our food and our economy with the assurance that their labor needs will be met.”

After HR 4092’s passage on Wednesday, Western Growers publicly stated they have problems with the current bill as written. Chairman Tom Nassif released this statement, “We applaud Chairman Goodlatte and the Committee for advancing this legislation. During the committee process several changes were made to the legislation that would make this bill unworkable particularly when coupled with expedited mandatory E-Verify. We must ensure practical and reasonable solutions are achieved for both the current and future workforce that American farmers depend on in order for our industry to remain competitive. In the coming days, we will continue to work with House Leadership, Chairman Goodlatte and every member of the House to secure improvements to this legislation.”

H.R. 4092 must still clear the House Education and Workforce and Ways and Means committees before a vote in the full House.

FRESNO, CA – Datatech is following the effort to replace H-2A with the proposed “Ag Act” where H-2C would be the new designation for visa guestworkers in agriculture. The House of Representatives has begun the process known as ‘markup’ which the House Judiciary Committee legislative session debates, amends and rewrites proposed legislation.

Judiciary Chairman Bob Goodlatte, a Republican from Virginia and author of H.R. 4092 (AG Act), published comments on the beginning of this process to potentially change the law.

Goodlatte was emphatic about this effort, “If we want to ensure that America can continue to feed itself and much of the rest of the world, we must ensure a stable labor supply for agriculture. For many years, agricultural employers have lacked access to a robust and reliable legal workforce. The federal government has striven to direct American workers away from seasonal agricultural work, and this occupation is the only one universally acknowledged to have unlawful aliens compose a majority of its workforce.”

The lawmaker pointed out his belief that the current system is broken and dysfunctional, calling the current H-2A system, “…costly, time-consuming, and a flawed program.” And saying H-2A farms are at a competitive disadvantage due to having to pay higher minimum wages. He called on Congress to act and to provide a stable, legal agricultural workforce that employers can call upon when sufficient American labor cannot be found.

The “AG Act” will not require growers to: 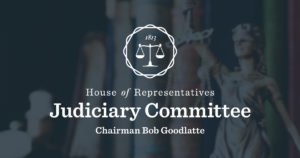 The “AG Act” proposes to be a true guestworker program that will not open up a pathway to citizenship and allows agricultural employers to hire aliens who had been unlawfully present, just as they can hire any other foreign nationals. These program workers will be held to the same conditions as other guestworkers, including leaving the U.S. periodically to ensure that they retain ties with their home countries.  If they don’t, they could be deported.

Goodlatte has made some revisions due to concerns by other lawmakers:

Western Growers Association’s Senior Director for Federal Government Affairs, Ken Barbic pointed out the association’s positions on the ‘AG Act”, “While there are a handful of positive components in this legislation, we will continue to advocate that our current workforce needs to be allowed to remain working in agriculture without disruptive requirements that could force them out of the country. We also strongly oppose a visa cap for future workers. Such a policy only serves to limit the future economic growth potential of the agriculture sector.”

Barbic went on to say that this is a long process in congress and there will be many challenges along the way. But Western Growers is committed to it’s members and that, “producer-friendly provisions are maintained, and we will need to work through the process to see that remaining concerns about the current and future agricultural workforce are addressed”

Datatech provides cost-accounting, payroll, produce inventory accounting and traceability software to our many clients that consist of farmers, labor contractors and produce packers and shippers across America.