Before reading this post, make sure you have read the previous post first:  Creating ACA Replacement and Correction Files.

Regardless of what information has changed, the entire form is reported in the correction file.  The program automatically references the original form that was reported by using the Receipt ID of the original file

The program looks for specific changes in each part of the 1095-C form.  For instance, in Part I, a change to an employee’s first, middle, or last name or the S.S. #, will result in a corrected 1095-C for that employee being included in the correction file if the IRS reported a TIN Validation Error for that form.  (Other changes to information on Part I of the form, such as your company information, will not trigger the form to be included in the correction file.)  Here is an except of some changes from the Part I section:

The next except shows changes that have been made to the codes reported on Part II: 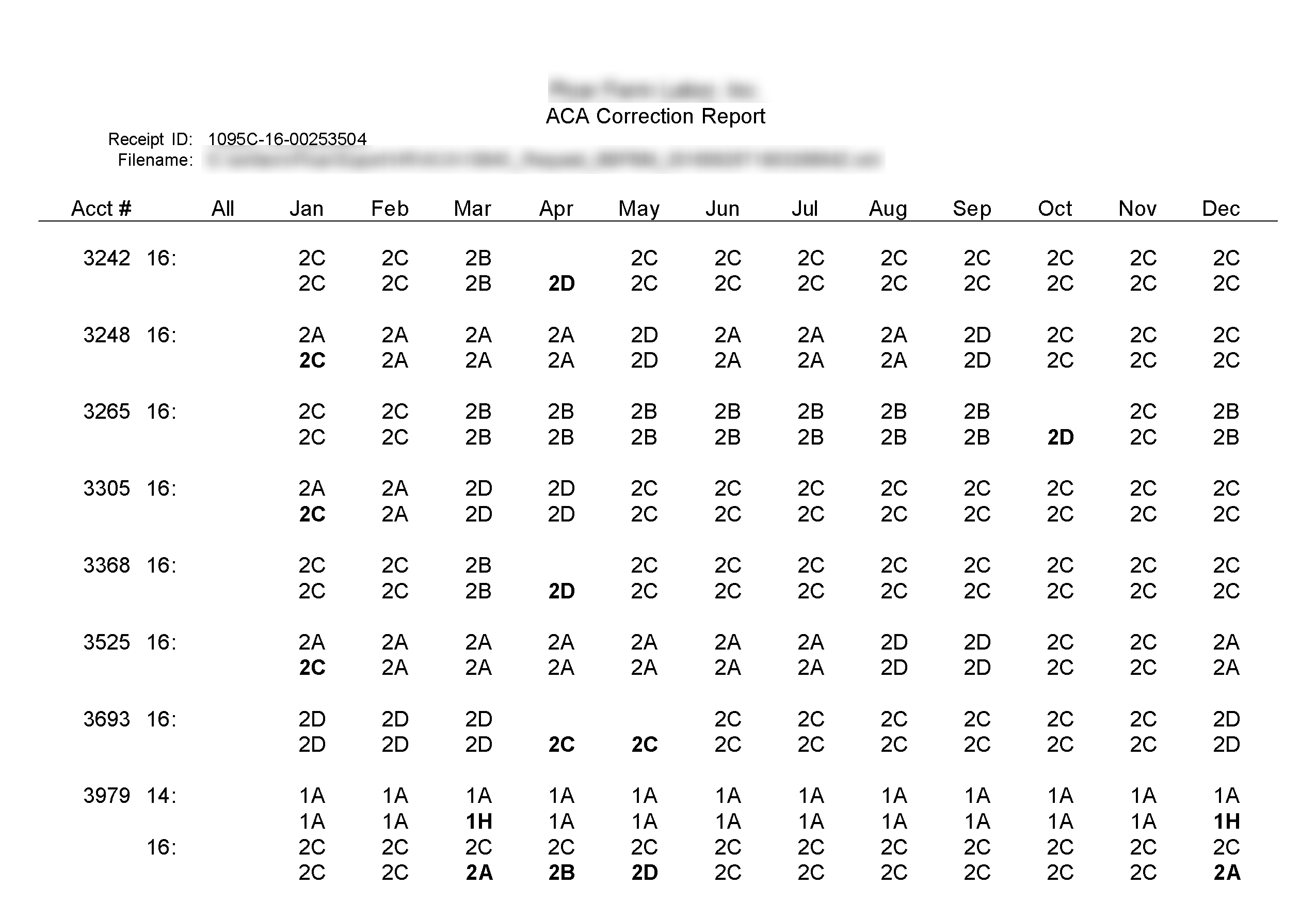 For this section, the report lists the account number and the line # (14/15/16) for the information that has changed.    As with the part I section, codes for line 14/16 or amounts for line 15 that have changed since the original electronic file was generated will be printed in bold.  In this except, the first seven employee has one or more codes on line 16 that have changed.  The last employee has code that changed on both lines 14 and 16.

The final except is for corrections to Part III of the 1095-C: 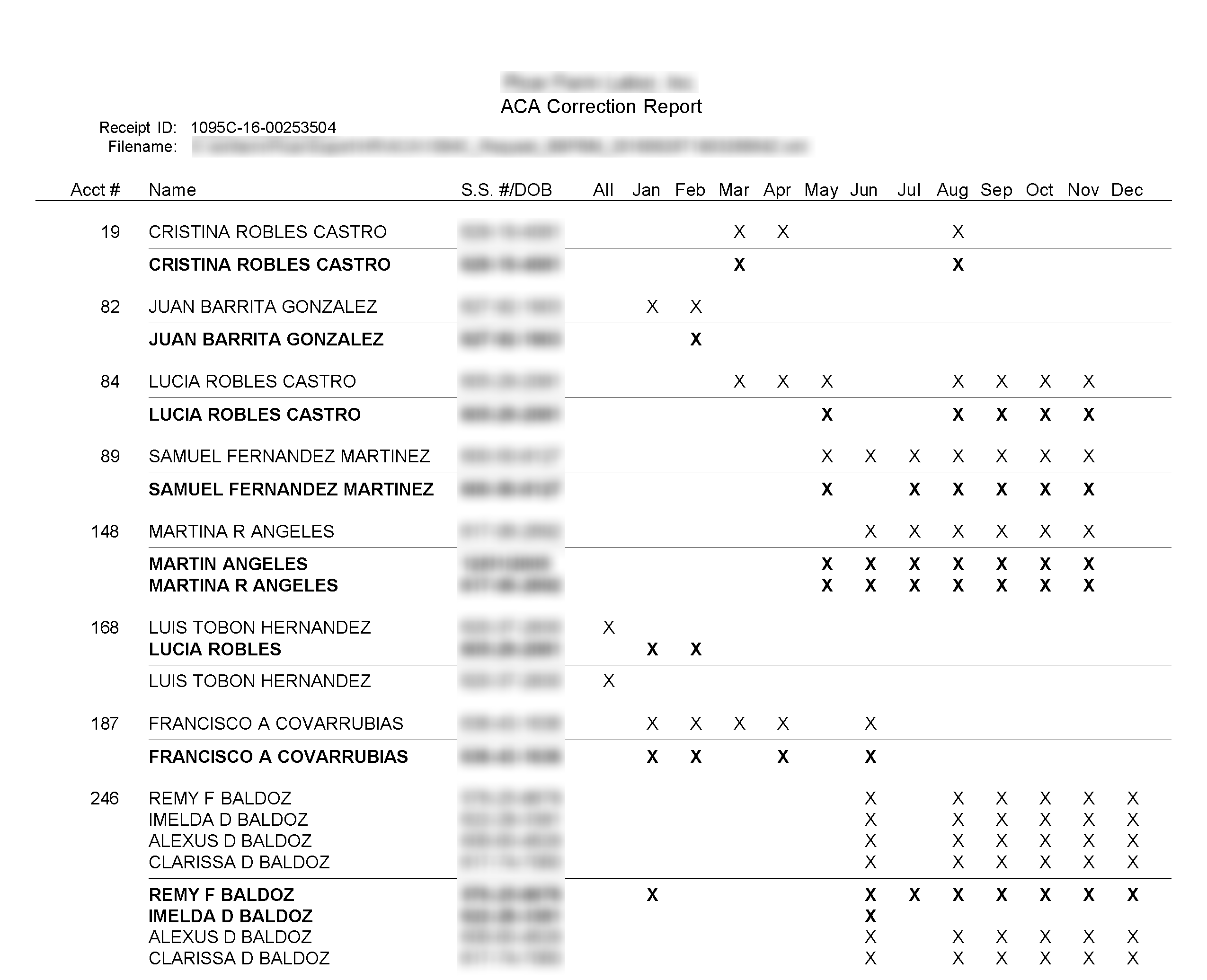 Since there may be multiple individuals that are enrolled in coverage for Part III, the report will print the original individuals reported, draw a line across the page, then list the current Part III enrollee information.